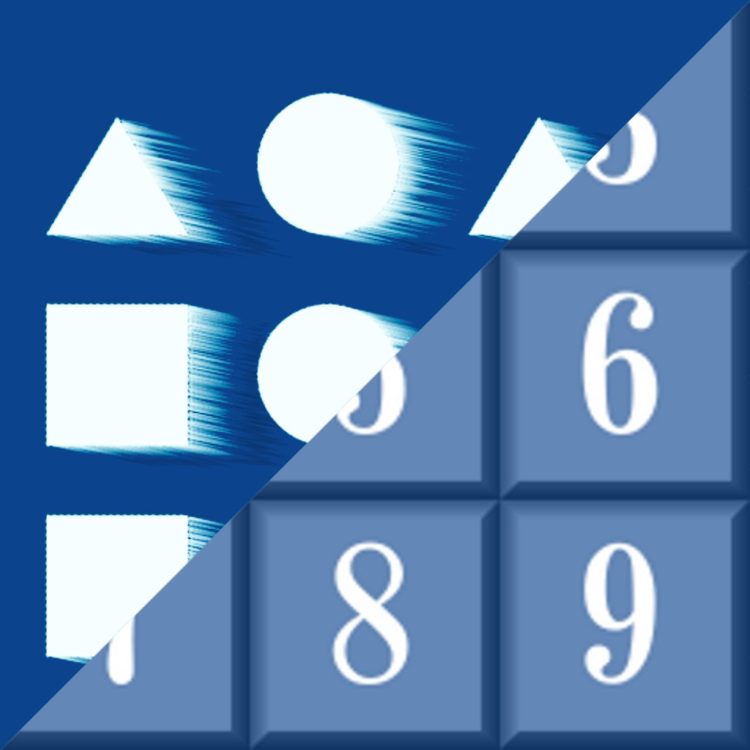 Train the working memory in a spare time! If you always carry your iPhone / iPad, you can easily do nback tasks.

This is done in the form of answering the Nth previous question, and the temporary memory ability is evaluated based on the number of consecutive correct answers and the value of N.

The nBack task was found to have the effect of not only measurement but also improving temporary memory ability itself, and is now being treated as one of brain training.

Training temporary memory skills in the nBack task not only improves computational skills and long-language reading comprehension, but also has a positive effect on various other cognitive functions.

The research papers using the n-back app “NBack for iPad” are introduced below.

・The effect of n-back training during hemodialysis on cognitive function in hemodialysis patients: a non-blind clinical trial. Renal Replacement Therapy 6, 2020.

The iPhone app “N’Back” is a game-style nBack task app. The task is to count the indicated color, or shape. After the display the Nth question, answer the number.

As long as you answer correctly, it will last semi-permanently.

The figure to count is displayed for a moment and disappears. If you don’t have the ability to instantly count figures in addition to temporary memory, you can’t answer correctly with this method.

This flash method is a bit frustrating until it can be done smoothly. But when you can do it, you can experience the comfort of riding a musical rhythm and feel good.

But if you get used to it too much, you’ll feel unsatisfactory and probably less effective at training your working memory.

In other words, the ability has improved. In that case, increase the value of N one by one to increase the difficulty.

If you feel that the flash method is too difficult to do, practice in the slow method.

If you can do it with the slow method, please try the flash method.

In the step method, you count the figures at your own pace, then press the button to move to the next display, so you do not need the ability to count figures instantaneously.

This section explains how to use the iPhone app N’Back, focusing on the flash method. That said, it’s easy, just set the conditions, press the start button, count the shapes and answer.

Tap the gear button on the upper left of the main screen to display the setting screen and set three conditions. 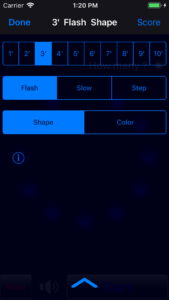 Use the top selector to set the value of N.

Select whether to count figures by shape or color.

There may be some differences in brain science between shape and color, but it is not clear at this time. Personally, it feels a little easier to do with color, but it seems that there are also individual differences.

When you press the start button to start, all you have to do is count the figures and answer N times later. 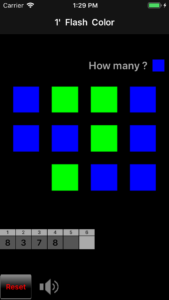 This is an example of a screen that counts by color. In the example, the number of blue is asked, so count as 7. This is an example of a screen that counts by shape. In the example, the number of squares is asked, so it is counted as one. 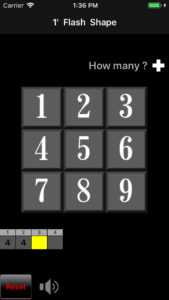 This is an example of the answer screen. In the example, enter the answer to the third question.

If you are not playing, tap the score button at the top right to display the score table.

Unwanted scores can be deleted.

Press the reset button to stop playing. Play will be reset. If reset, it will not be recorded in the score table.

You can turn it off if you want to play quietly or if the sound effects are noisy. Just press the bottom speaker button. You can easily turn the sound on / off even while playing.

The iPhone app “N’Back” has a free version and a paid version. Even with the free version, ordinary people can train working memory.

The difference between the free version and the paid version is that ads are displayed and the maximum value of N. In the paid version, you can do up to 10’back(N = 10).

The free version can be upgraded to the same function as the paid version by in-app purchase. First of all, please try the free version.

BrainWorkout7 is an iOS app that contains 7 brain training mini games such as N’Back. 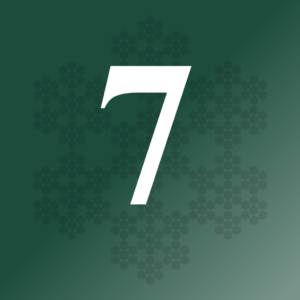 There is also an iPad app with the same function as the iPhone app N’Back. It is an iPad app called NBack for iPad. 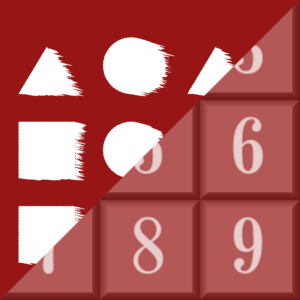 The task of n’Back Color is to count by color.
It’s easy to use and you only have to set N. N can be set up to 12. 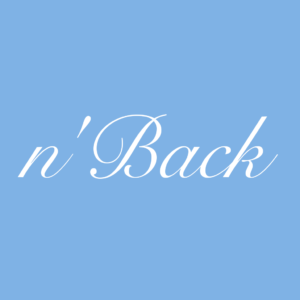 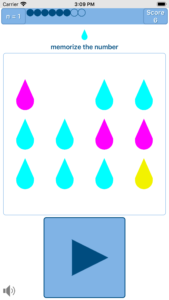 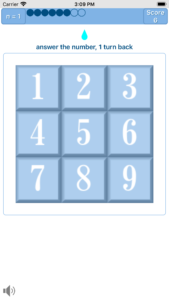 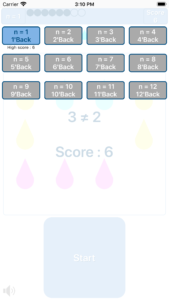 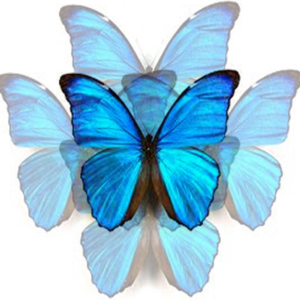 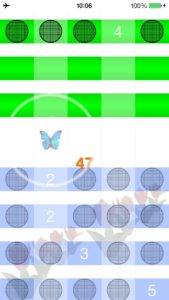 The insect net is displayed at the top, and it moves down while it disappears. It is a simple game where you move morpho butterflies and get through them so that they do not get caught in the insect net.